RYE — Bobbing in the Atlantic Ocean off town beaches are four orange buoys, all designed to track the movements of tagged great white sharks swimming along the coastline.

The shark-tracing buoys placed this summer are located off Pirates Cove, Foss, Cable and Sawyers beaches in an effort spearheaded by the Rye Fire Department in partnership with numerous regional agencies. Dropped in shallow water, reaching depths of about 25 feet during high tide, they can be seen by sunbathers and swimmers.

Rye Fire Chief Mark Cotreau said the town-funded initiative came in response to the first recorded fatal shark attack in Maine history in July 2020. New York City resident Julie Dimperio Holowach was swimming off Bailey Island, where she was fatally bitten. It was determined later to be a great white shark after scientists examined a tooth fragment. The woman was 63 years old.

Labeled by National Geographic as the “largest predatory fish in the world,” great white sharks are found in cooler coastal waters across the world, can grow to upwards of 20 feet long and weigh more than two tons.

Cotreau assured there is no reason to believe the New Hampshire Seacoast has a “significant shark problem,” though tracking potential movements of the species benefits public safety.

“We’re hoping that it will not only give us the data but give the residents a sense of confidence that we’re doing our due diligence to make sure that they have a safe swimming environment,” he said.

Cotreau, who noted officials in Hampton deployed two shark-tracking buoys in the past, purchased the four devices from the Atlantic White Shark Conservancy, a Chatham, Massachusetts, nonprofit focused on white shark movement, for roughly $1,800 apiece. The additional cost of placing the buoys in the water, where they will remain for six months, with assistance from Seacoast Maritime Charters, raised the overall effort to about $10,000.

The town of Rye funded the initiative with money from its lifeguard budget, according to the fire chief.

“I think it’s an appropriate investment,” Cotreau said. “It’s going to help us evaluate the public safety in those areas.”

The World Wildlife Fund notes that the conservation status of the global great white shark population is vulnerable.

Around the region:Great white shark sightings rise in New England

“Great white sharks are decreasing in numbers and are rare due to years of being hunted by man for fins and teeth, and often as a trophy for sport fishing,” the fund states. “The white shark is often caught as bycatch by commercial fisheries and can also become entangled in meshes that protect beaches.”

How the shark tracing technology works

The Seacoast Science Center of Rye is involved, partnering with the town, the Atlantic White Shark Conservancy, the New Hampshire Port Authority and Seacoast Maritime Charters.

Ashley Stokes, director of the science center’s Marine Mammal Rescue team, noted the four buoys in Rye have sensors that can record any tagged great white shark that comes within 1,500 feet. Information on great white shark movement, location and time spent within the designated distance is collected by the buoys. It is not relayed to lifeguards in real-time, but it will be processed during the winter by the Atlantic White Shark Conservancy, providing data over a period of time.

If a great white shark “hotspot” is identified, Stokes said, buoys that do produce live information on shark movement could be purchased.

“This project represents the beginning stages of better understanding what is going on in our ocean ecosystem, as well as shed some light on possible movements and habitat usage of white sharks off of our coast,” Stokes said. “It will also aid in the safety, awareness, education, and conservation efforts along our coastal beaches.”

Stokes said after Hampton pulled its two buoys from the water in 2020, there was no logged information on great white shark movement.

This summer, Stokes has been made aware of two white shark sightings confirmed with photographs in the region. The first was in early July, when a roughly 6-foot white shark was spotted off Plum Island, while the second was at the Isles of Shoals late last month.

But not every sighting turns out to be the feared fish. Both Cotreau and Stokes said mola mola, a type of ocean sunfish resembling a shark, have been spotted and mistakenly identified as sharks in the past.

“Along Rye, we haven’t had to empty any of our beaches for a great white. If we do get a shark report where people are swimming, in an abundance of caution, Rye’s policy is to bring people out of the water for a period of time to get the animal time to swim along,” Cotreau said.

The most recent report of a shark in Rye was made about two weeks ago by a group of surfers, though the alleged sighting turned out to be unfounded, Cotreau said.

Material from the Associated Press was used in this report. 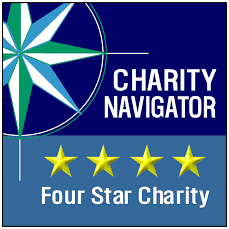 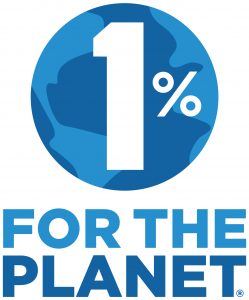